Do you struggle to remember what you read, understand concepts or learn effectively? Most people face a challenge in one or all these areas.

If you do, the Feynman Technique can help you solve the problem. Richard Feynman was a theoretical physicist known as one of the best scientists in the world. He has contributed to various topics in physics such as quantum mechanics, quantum aerodynamics, superfluidity, particle physics and more.

He even won a Nobel prize in 1965 for his contribution to quantum electrodynamics. The man was a genius. Not only did he have the ability to grasp and understand complex information, but he also had the rare talent of breaking down sophisticated concepts into a simple explanation. For this innate ability of his, Feynman earned the nickname of “The Great Explainer.”

For example, scientists were unable to explain particle physics with ease due to the complexity of the concept. Feynman came up with diagrams which for the first time that conveyed the information in an understandable fashion.

His diagrams helped many other scientists grasp the underlying theory. Other scientists learned to track particle movements instead of remaining stuck at the theory. Scientists consider those diagrams as one of the best explanations of particle physics even today.

What is the Feynman Technique

Feynman technique is a way of learning better which helps anyone like the below:

In short, the Feynman technique serves as a useful tool for every single person in some shape or form.

The process helps you solve any of the three common problems faced during learning:

How to apply the Feynman technique

You can apply the Feynman technique in 4 steps. Not only are these steps simple to understand but also easy to follow.

Step 1: Write down the topic to study

As the first step, write down the topic you want to learn on the top of a sheet of paper.

If you are yet to learn the topic, proceed to study in your style. The technique does not provide any special tactics to learn information when you are reading it for the first time.

If you have already studied the topic, write down everything you know about the subject. You do not have to write down the detail. Bullet points on the topic will suffice.

Imagine teaching a student the topic you learned. Assume an invisible student sitting in front of you waiting for your lessons with a notepad and a pen. Play the role of a good teacher and teach your virtual student.

As an alternative, you can use a mirror to teach yourself too. Watching you teach yourself will help you gain confidence and even make you a better presenter.

Choose the teaching style which suits you best. Any approach works as long as you teach.

While you teach the topic, you will realize the gaps in your knowledge. When you read through the information, your mind tricks you into believing that you understood every inch of the subject. When teaching, you face some hiccups on some parts of the topic. When that happens, note it down because you stumble on what you do not know well enough.

For your brain, you are the easiest person to fool.

Step 3: Review what you do not know

Look at all the gaps in your understanding of the topic identified in the previous step. Go back to the study material, re-read the parts you are unclear about and brush up your knowledge.

Knowing the gap helps you fit the missing pieces together into one jigsaw puzzle. After reviewing what you missed while teaching, your knowledge on the subject will no longer remain shaky as earlier.

Step 4: Explain the topic to a kid

As the final step, you must be capable of explaining the subject in the most simple fashion. The best way to achieve simplicity is assuming that you are teaching a kid. Since the little one does not have enough knowledge in all areas, you are forced to break down the information using simple language.

Feynman used to say, “If I cannot explain in a simple way, the problem lies in my understanding of the topic, not my teaching abilities.”

Besides, children love asking the question “Why?” You cannot state facts to a kid and expect him to accept it. Most kids will ask you why. You need to know your subject well enough to answer why. If you tell a child the sky is blue, prepare yourself to answer the question, “Why is the sky blue after all?” No, it is not because the sky reflects the color of the ocean.

If you want to understand a subject well, explain it in a plain vanilla flavor. If you can, you have a good handle on the topic. If you cannot, grab your book again.

Example of the Feynman Technique

Here is an example of learning why we make bad decisions when angry due to the Amygdala Hijack.

Step 1: Write down the topic

The human brain makes a decision using the sensory cortex. When you receive any information, your thalamus sends it to the cortex for processing followed by your brain taking the action. Such a flow takes time to complete due to the processing involved.

But during danger, the brain has to act quickly. Such a state of the body is called the flight or fight response, which requires quick action. Therefore, the thalamus short cuts the decision to act fast. For increased speed, the brain compromises on the quality of the action.

While I was teaching the topic, I realized I was unaware of why and how the neocortex decides to take the shortcut. I did not know what the amygdala does either.

Step 3: Review what you do not know

I read through again and understood amygdala plays a key role in the processing of emotions. In life or death situations, the brain does not have enough time to dwell on emotions because it chooses survival first.

Also, human beings went through an evolution from reptiles, followed by mammals. As a result, some parts of these brains remained as is to perform basic body functions and keep us alive. During a flight or fight response, our primitive brain takes over to avert the danger as soon as possible.

I managed to explain the topic in a diagram that shows how the brain reacts during anger or danger.

The two types of knowledge:

Feynman’s technique helps you understand the reason behind the facts you know. For example, you know that a stone dropped from the top of the building will hit the floor. Understanding involves why does the stone move downwards instead of going towards the sky.

You might laugh at the thought of a stone moving upwards. But can you explain why the stone falls to the ground with an answer other than just gravity? In space, the stone will float around. Why? Because space has no gravity you say.

Yes, gravity is the reason behind the stone falling towards the earth or floating in space, but do you know why? Saying that gravity causes the stone to fall from the top of the building to the ground is knowing something. Knowing how and why gravity causes the effect is understanding the topic.

Many a time, you and I assume knowing a topic as understanding. The Feynman technique helps you learn a topic to great depths and retain it for a long time. By teaching a concept in simple terms, you will realize your own grasp of the topic and the problem areas you need to work on.

How the Feynman Technique came into existence

Richard Feynman had cultivated a habit of deliberate learning, where he used to connect what he knew with what he did not know. The scientist decided to notch it up and improve the effectiveness of the process. So, Feynman started writing down every topic that was important for him to know which he had no knowledge about. He kept a notebook for the purpose. He called it ‘the notebook of things I do not know’.

Next, he started gaining expertise on the topics from the notebook. During his teaching, he realized he understood the topic better and knew what he did not know clearly.

From there, Feynman went on to frame a series of steps to increase his understanding of the subject and the Feynman technique of learning was born.

Learning involves using your brain. What we know about the brain, for now, is fairly limited. Reading a book for hours is not the best method to help your brain understand. Our brain does not think linearly because it contains billions of neurons.

Every action, decision, and thought involves multiple neurons firing into action to make it possible. Therefore, teaching, reviewing and explaining in simple terms brings a larger part of your brain into the act of learning. The more creative you are with your learning, the better you will understand and recall.

My goal is to help people 1 million people pursue their dreams. Share the article and help me with this mission.

You don't need a reward to join the Productive Club, do you?

Plain and simple. Did you find what you just read useful? Great, then get more of such tips to sky rocket your productivity. Join the Productive Club.

What I am not:
Billionaire
Philosopher
Conventional

If you would like to boost your productivity and sky-rocket your efficiency, subsribe to our updates

How to Stick to Your Goals And Conquer Them

Flaws of your brainPersonal Development

How The Diderot Effect Can Make You Buy Stupid Items

The Peter Principle: How a Promotion Can Shatter Your Growth

How To Use The 2 Second Rule To Avoid Silly Mistakes

How an alternative can fool you easily – Another Choice Myth

How to Use Time Blocking to Deliver Remarkable Results

The website has been created to inspire, influence and infect people with positivity and help people begin their journey of chasing their dream goals. The target is to help 1 million people pursue their dream while having a full time job. Will you be one among them?

The Story of Adam 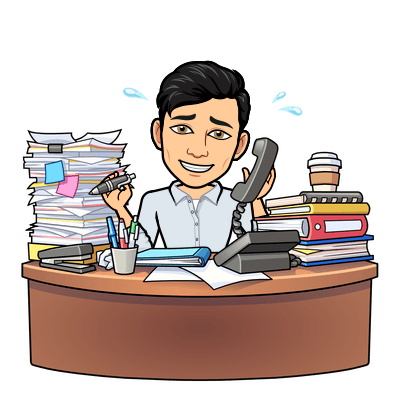 Adam has a full-time job as a manager of Quality Analysis. His long term goal is to run a successful continental restaurant.

Adam knows that his job is killing himself every day, yet he decides to hang on and put up with disappointment he is dealing with on a daily basis and his manager whom he hates from the bottom of his heart.


He enjoys cooking and does not miss cooking some amazing food for his friends and family every weekend. When time permits he even takes orders to cook for small house parties of a size less than 10. He has always wanted to run a successful restaurant. 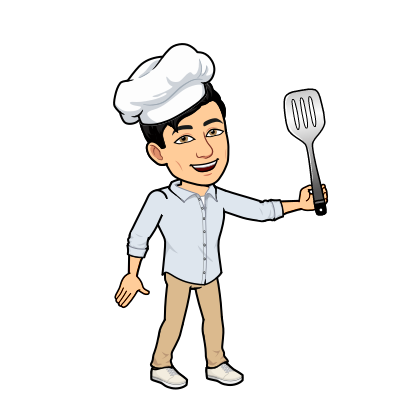 Adam meets Ben, who is a fellow entrepreneur in the restaurant business. Ben has the experience of building a chain of successful restaurants. Adam seeks Ben's advise on his venture and Ben is happy to provide him with a lot of valuable inputs.